How does a CNC wood router work? 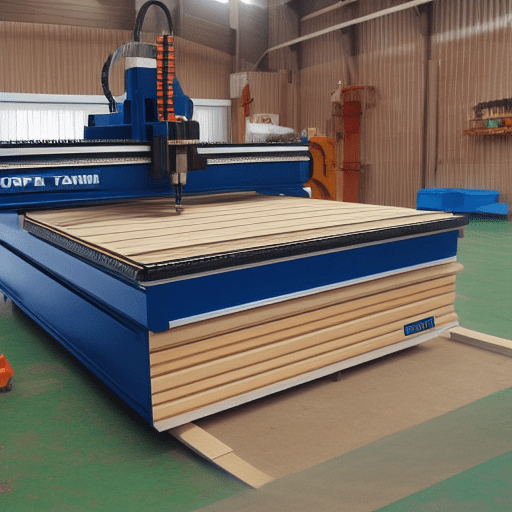 A CNC wood router works in much the same way as any other CNC machine; a CNC machine (Computer Numerically Controlled System) is one that uses computer software and the electronic circuitry of a CNC controller to drive a mechanical system. This system allows for a much higher degree of precision and accuracy than can be achieved by human operators.

Conventional CNC milling machines are capable of moving and cutting in three dimensions. These dimensions are usually referred to as the X, Y, and Z directions; the X axis is usually the longest of the three, so it moves from front to back. The Y axis usually moves from left to right, and the Z axis moves up and down. Below is a label for each axis.

The machine is very efficient and capable of cutting complex shapes, partly because the three directions are almost perfectly interlocked.

The CNC controller and the computer system work together as the “brains” of these machines. They tell the motors and drive system which direction to move and how far to move. The computer, of course, has to be given a model.

Most models start out in digital form as a dxf drawing or similar format. The user then uses the CAM software package together with the supplied CNC controller software. This type of software converts the 3D or 2D digital image into toolpath code, such as G-code.

Most of the information here is much more than what a person using a CNC woodworking router needs to know. It is usually plug and play. The user interface varies by type and manufacturer, but the general flow is the same. You start with a digital design, and then use additional software to create a so-called toolpath that the machine can follow.

The spindle is the part that performs the cutting process. Think of it as an actual blade, just like a regular wood router. The power output of a milling spindle is classified in horsepower in English units and watts in SI units.

Spindles work by rotating cutting tools, such as router bits, at different speeds. Typical spindles designed for machining soft materials such as wood and plastics usually range from 8,000 to 30,000 revolutions per minute. Spindles designed for metalworking are usually in the range of 2,000 to 10,000 rpm.

Most CNC wood routers are also suitable for cutting metal. However, this is usually limited to cutting non-ferrous metals such as aluminum. Cutting metals and carbon composites at very high spindle speeds often requires a cooling system to cool the material and the tool.